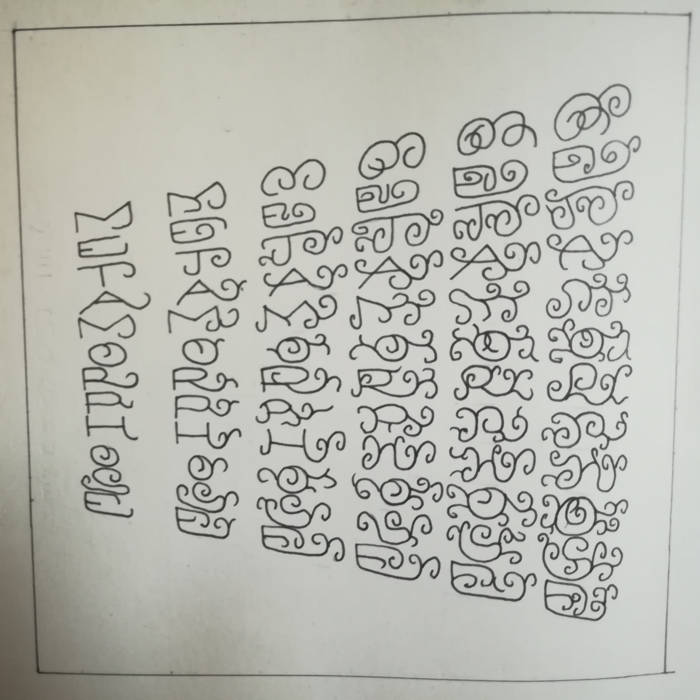 
You have the power now
and all you'd love to do is to lock away
lock away all you can't conceive
in a labyrinth, underground

You have the power now
and all you'd love to do is to lock away
every monster that can't fit your mind
in a labyrinth, underground

i see this black forgotten holes, your eyes
they'll soon begin to rot
from inside

And what is there before you is no longer only yourself
it is you as you were, you as you left
you as you led the princesses to an altar
that since long have been banned

And what is there before you is no longer real
no longer harms you, no longer treats you
like a ghost in an empty prison
where God was dead and dogs were thrown

I had just turned away from a dried up river
an empty village and a mysterious stranger
i reached a sharp bend on the road, the sky high the canyon low
the rocks withered, the silence came untold

It began with a gentle riot of peebles, like a magnetic draw
then shadows run across the side of the hill they were born from
and i suddenly was surrounded by a pack of desert dogs
drooling and howling, their yellow eyes like rotten claws


I got swallowed by the dogs


Because this is not a tale of visions, of symbols, of epiphany
it is not a tale of burning snakes, of pomegranates, of magic dreams
i will tell you just exactly how it feels, their deserted soul

I got used to roam the rocks in search of any type of prey
we hunted like a pack and divided swallowed the loot
it could be anything, a dead cat, a squeaking mouse, a root
this ferocious hurried meals is really all i have got to lose

With time i realized: this is not very far from how it used to be
it is like for certain humans that live for to swallow not for to breath
and if cupidity and greed will not be soon replaced with something else
well i must think the human soul will turn deserted like the one of them dogs

Well i must say when i see you coming, your flesh packed in your blue jeans
i do regret i do not feel you or love you like a brother, human being
i do suggest you to speed up or to jump back in your car
before i will press my jaws against the tenderness of your heart

this is how you are just another meal
maybe a better then usual one, but still


How did I come this way?
Where I was born, was it a yarn?
Was it a fairy tale?
I often think there's more of me and them in everyday
A making up of what has been

How did I take this shape?
My legs don't fit the waist
my skull don't hold the brain
I might retain a certain kind of human guise in human age
my soul of animals and mountains and of mirrored stars is made

And if you met me you shall not hold back,
you shall not turn away
there's more of me in you then anything you may see everyday
we've all come from somewhere gone,
we've all seen the blinding light of loss

the nowhere being me

You'd check your clock, the risk
the sun would burn the obelisk
and I was gone

I have found a way to be hiding
nowhere


Mind the shoots,
don't listen to the shouts of men in fear

Lights are out,
the truth's confused
it speaks too low to hear

Sleep my son
the morning comes
and brings you something clear

My fingers on your eyelids
keep you on this dream

It will take us in its silence,
lull us
in its peace

As your brother
I would rather lose you
in its breath

My finger on your eyelids
keep you in this dream

My love is a terminal

Schiavocampo is an Italian songwriter.

Here you find three albums from him.

He hopes you will enjoy them.

Bandcamp Daily  your guide to the world of Bandcamp